What is hard anodising of aluminium? 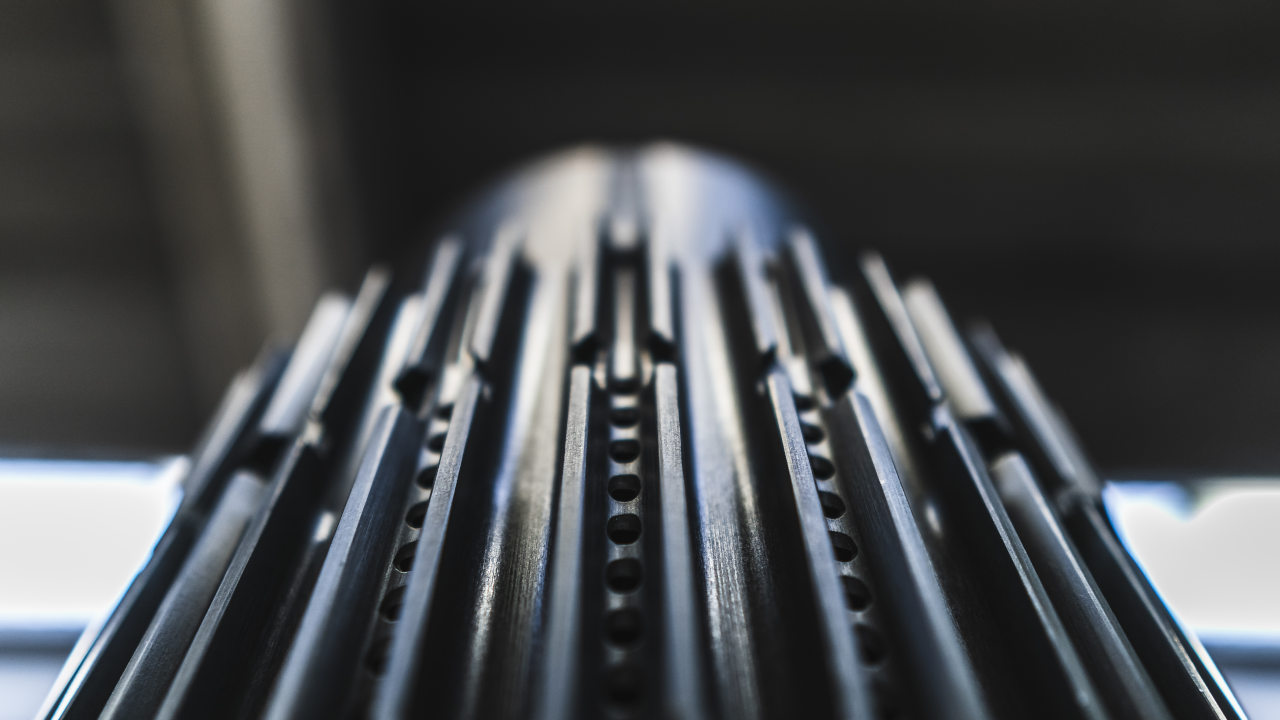 Anodising (also called anodic oxidation) is an electrochemical process that transform the metal surface into a compact oxide layer. It is an electrolytic process that uses electric current to generate the oxide formation reaction. The name anodising comes from the application of the negative pole “anode” to the workpiece. Anodising is the main protective treatment carried out on aluminium. Other metals that can be easily anodised are titanium and magnesium.

The first anodising process, developed in the 1920s-1930s, was based on chromic acid. This coating, called chromic anodising, is now only carried out for certain specific sectors such as military and aeronautics, due to the carcinogenicity of chromium salts.

Currently, the most common and widely used anodising process is sulphuric acid-based.

The parts to be treated are immersed in a 20% sulphuric acid solution, which acts as an electrolyte. The negative pole is applied to the aluminium piece, while the positive pole is connected to a cathode in the solution. When current is applied to the electrolytic cell, oxygen ions develop on the surface of the workpiece which, in combination with the aluminium atoms, form a hard, compact layer of aluminium oxide with excellent characteristics of:

Aluminium oxide, formed by the process of anodising in sulphuric acid, has a microcrystalline honeycomb structure, with hexagonal cells and a central porosity extending almost all the depth. The hard anodising process forms porosities with a diameter of about 20-40nm and a pore-to-pore distance of about 100nm.

There are two types of anodising, with different surface characteristics and different process parameters:

The technical specifications and international standards relating to hard anodizing are as follows:

Hard anodising reproduces the surface morphology of the part and it is therefore possible to maintain the surface finish of the aluminium even after anodising (e.g. bright, satin, brushed, shot-blasted, sandblasted, etc.).

The colour depends very much on the aluminium alloy used and can vary between grey, dark grey and brown. The thickness influences the coating to become darker as the thickness increases. Alloys containing a lot of copper acquire a bronze appearance and alloys containing a lot of silicon (>12%) may have a uneven colouring. Hard anodising, which has a dark shade colour, is well suited to being coloured with dark, opaque colours and black is usually chosen, both for its excellent aesthetic appearance and to equalise the colour in the presence of different alloys.

All aluminium alloys are anodisable, with some minor exceptions. The greatest difficulties are encountered with alloys containing high quantities of elements other than aluminium, since it is only the aluminium that contributes to forming the oxide layer. As a result, alloys containing high amounts of copper, such as those in the 2000 series, cannot achieve high thicknesses and the oxide layer will be slightly less compact and less resistant to corrosion and wear. Alloys containing more than 12% silicon may show less thickness and uniformity of the coating resulting in less resistance to corrosion, wear and sometimes uneven colour.

A special feature of anodising is the possibility to coat parts with a uniform and calibrated thickness on almost all surfaces. An exception to this may be small-diameter and very deep holes, for which the penetration capacity of the coating must be assessed individually.

The standard thickness of hard anodizing is 30-50µm, but lesser or greater thicknesses can be chosen according to specific needs. In the case of very tight tolerances, there is a tendency to decrease the anodising thickness and/or to define a tighter tolerance such as 30±5µm.

Hard anodising has a higher resistance to corrosion than decorative anodising, due to the higher thickness and compactness of the oxide layer. This resistance can be affected by porosity in the coating, which is the first corrosion trigger. In order to increase corrosion resistance, a treatment is carried out after anodising, known as sealing. There are various types of sealing and the two most widely used industrially and internationally recognised are:

Although hot sealing is energy-intensive because it must be maintained at 95°C, it is increasingly used, to the detriment of nickel salts, which are carcinogenic and can cause skin allergies. In the food industry, for example, nickel-based sealing cannot be used.

Anodising resists corrosion very well in contact with alcohols, hydrocarbons and neutral solutions. Acidic or basic solutions dissolve the aluminium oxide, thus negating the barrier effect of corrosion protection. The dissolution rate of the anodising layer is proportional to the acidity or basicity of the solution and higher in the case of basic solutions.

OX-W Hard anodizing is a treatment specially developed to increase the already excellent corrosion resistance of hard anodising. On some alloys, it allows up to 1000 hours of exposure to neutral salt spray according to ISO 9227, without the appearance of corrosion. OX-W is also suitable for protecting alloys with a high silicon content, which may have difficulties with the standard anodising process.

Hard anodising has a high hardness, which varies according to the aluminium alloy used.

The ISO 10074 specification defines the minimum hardness of certain alloys. The hardness is measured according to ISO 4516 on a layer with a thickness between 25-50µm and a load of 50g HV 0.05.

The density, measured in accordance with ISO 2106 on a coating of 50µm ± 5µm without sealing, must have the following minimum values:

The high hardness and compactness of the oxide layer and the columnar structure allow hard anodising to achieve a high wear resistance, higher than chemical nickel plating and comparable to hard chrome plating in thickness. The Taber Abraser is a test that determines the wear of sliding coatings on abrasive wheels. According to ISO 10074, after 10,000 cycles, the mass loss must be less than the following values:

Hard anodising contributes to a slight increase in surface roughness and is most noticeable on surfaces with low machining roughness.

OX-W hard anodising has the characteristic of limiting the increase in surface roughness. By using specific aluminium alloys and defining the right operating parameters, it is possible to keep the final roughness below 0.5 Ra.

The treatments carried out by Durox srl comply with EN 14392 if the following requirements are met: